Menu
April 14, 2021 8 min read
This article was translated from our
Spanish edition using AI technologies. Errors may exist due to this process.
Opinions expressed by
Entrepreneur contributors are their own.

The lines that follow can be safely considered a tribute to the great Paul Watzlawick , a pioneer in the theory of human communication.

Thank God, the work is much easier to understand than his own surname and today it continues to guide us in understanding this complex and multidimensional phenomenon.

I want to introduce you to four of his axioms and then check all their value in relation to leadership.

1. It is impossible not to communicate 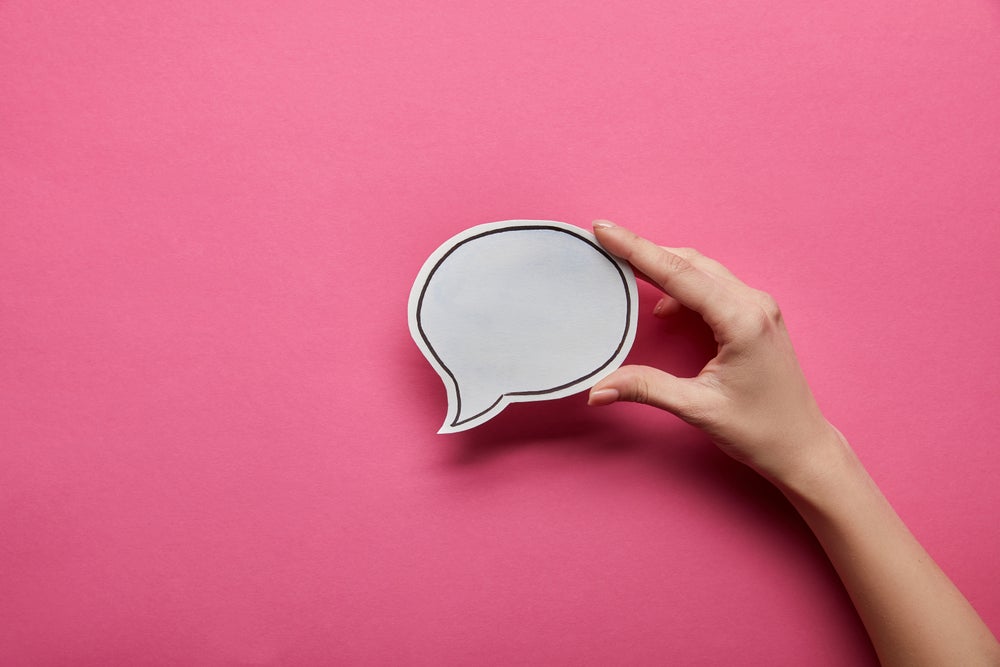 I propose a simple exercise. Try to stand next to a person who knows you and say absolutely nothing. Don’t move either. After a while, ask him what he thinks you meant by that silence. You will see how it begins to infer thoughts or intentions such as that you were angry, thoughtful, fearful or so.

A simple act lets us see the essence of the first of the axioms, meaning a truth that does not need proof.

Place yourself now in the leadership position, with a team in charge. You had a terrible night and the next day you decide to go into the factory and talk as little as possible, so as not to screw up or show your mood, demonic. You enter like a wind, greeting only those who cross in front. You dodge glances and all kinds of conversations, from the football game scheduled for Wednesday or your opinions about the new boss. You only limit yourself to answering what is exclusively related to the production plan. All this in order to communicate absolutely nothing.

It turns out that at lunch, everyone already realized that you were having a bad day and at the same moment they began to generate hypotheses about its causes such as that you were worried about safety issues, because your oldest child does not follow your steps in the study or simply because you were upset. Then, it follows that as planned they will begin to act accordingly.

All that happened without you wanting to communicate anything at all. Surprising, right?

Discovering the scope of the first axiom of communication theory is to give it importance and in turn fully understand how difficult it is to deal with exchanges between people. It is setting the bar of challenge high, by stating that if we are communicating all the time, we must do so in a manner consistent with what we want.

The solution to this is given by the language itself, as long as we assume from the first moment that we understand each other, it will be part of a process. This implies the obligation to build a common code and be warned that it will not be once and for all, but that we must permanently be attentive to adjust any variable.

Land these ideas in the daily lives of leaders, is to understand in depth how crucial it is to take the time necessary to talk with collaborators in an attempt to clarify any point that could be obscure or open to ambiguities.

To give a recurring example, a collaborator could perceive that the silence of their leader implies low recognition of their work. So, it would be very important that the first one can expose, in a dialogue: “I understand that assessing your task is not to challenge you, rather than congratulate you” and there the employee establish his point of view as well, to agree.

An honest expression and empathetic listening will be indispensable, then.

2. All communication has a content level and a relationship level, in such a way that the latter classifies the former, and is, therefore, a metacommunication 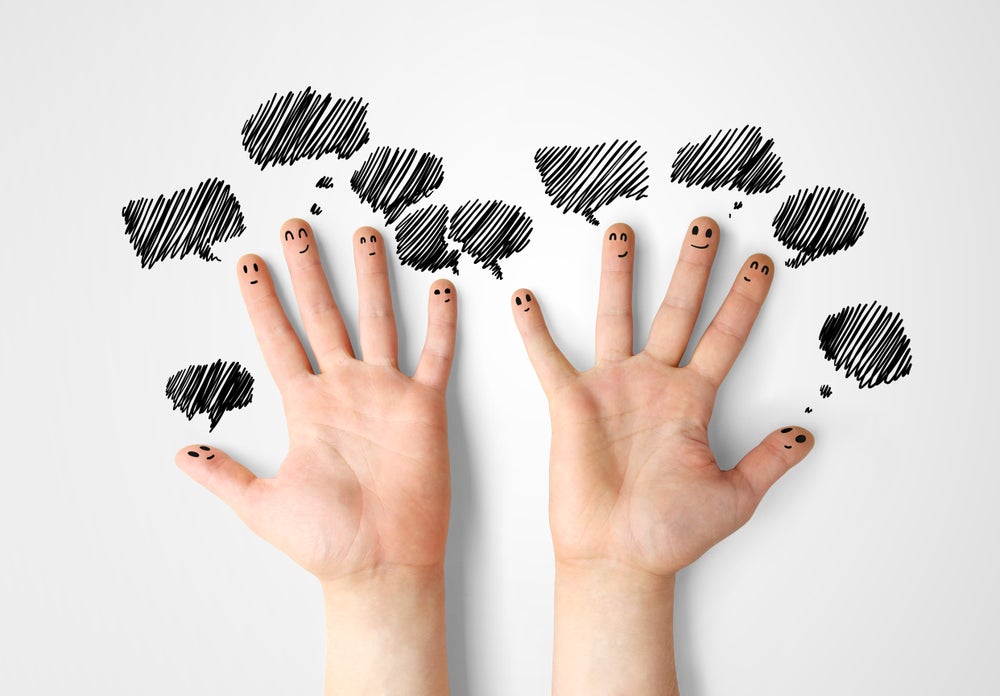 And I want to join it with another axiom: All communication has an analog aspect (what I say, the content) and a digital aspect (as I say, the forms).

As an example, let us think that irony is possible many times only because of our little song: “And yes, they promoted her because she does her job so well…”. You say one thing, but actually the opposite is heard. Meaning is modified only by the voice, and the words themselves take a back seat.

Yes, as a leader (many times without wanting to do it) you say something but with a special song, do not complain later if your collaborators do not align with your slogans.

For those who wish to delve into the implications of these axioms, follow Bateson’s concept of double bind and its impact on schizophrenia. It is simply brilliant.

3. Communication exchanges can be symmetrical or complementary 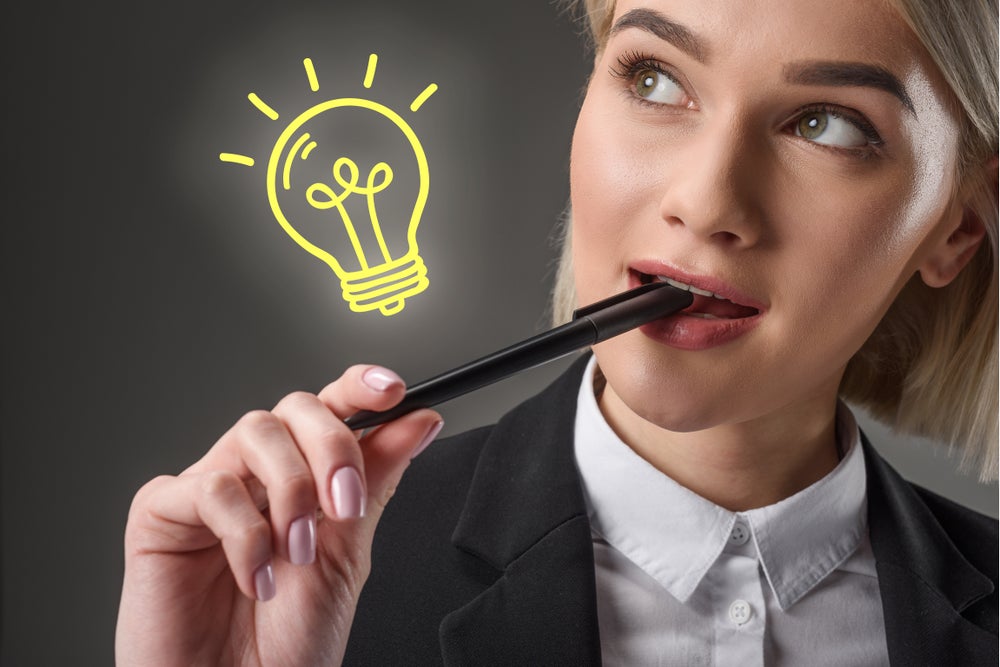 When we speak of symmetrical responses we must think about one of their main negative effects, which I am pleased to illustrate with the notion of “Mutually assured destruction.”

Developed by Von Neumann in the middle of the cold war, it explains that an escalation of violence ends in a zero sum, with dire consequences for both parties.

Finally, Wazlawick teaches us that the best would be the harmonic use between one and the other way of response, giving us flexibility, adaptation and greater efficiency in handling conversations.

The error is, and in fact it is frequently observed that way, responding in all cases from symmetry or from complementarity (regarding the latter, imagine how dangerous it is to always respond to the aggression of the other with submission).

4. The sequence score in the facts 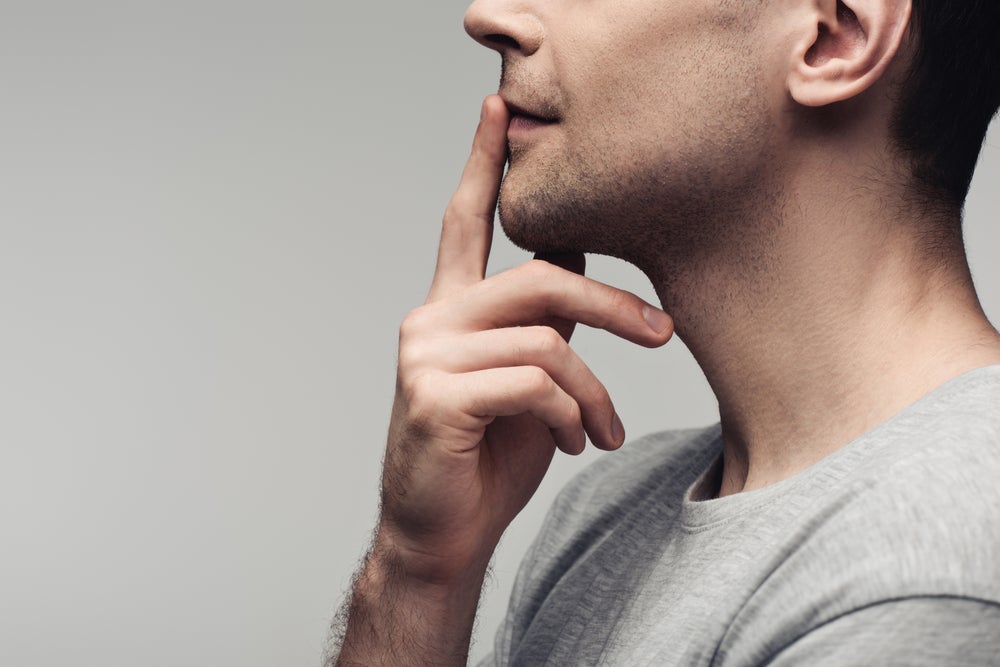 In good romance, it means where you put the starting point or place the cause of the problem.

It is a reality that the speakers affect each other, without necessarily one being the origin of the other’s reaction.

There is a circularity that we must think of in the manner of a ring, without a clear principle. However, in interactions it is common for someone to attribute the cause of their behavior to what the other says, does or even thinks.

In practice, says the leader: “I don’t spend five minutes in an innovation meeting. Why if nobody drops an idea ”. On the side of the collaborators: “We do not say any proposal because we do not have the space to do so.”

So, the only way to get out of this vicious circle is to assume that it exists, and that implies not placing blame but taking responsibility in the matter.

How much do we have to do with the problem and how much our behaviors affect others.

Also not be afraid of doubt and not knowing. It is always preferable to question what we suppose others to believe, rather than take for granted what is beyond our comprehension.

• Allows a take-off from the situation, providing self-awareness
• Opens the field of analysis to other alternatives
• It favors personal change from taking responsibility and not blaming my behaviors
• Relieves expectations, to make them more realistic and determine their possible impact on the discomfort
• I show you two examples and at the end, an empty one so you can use it. 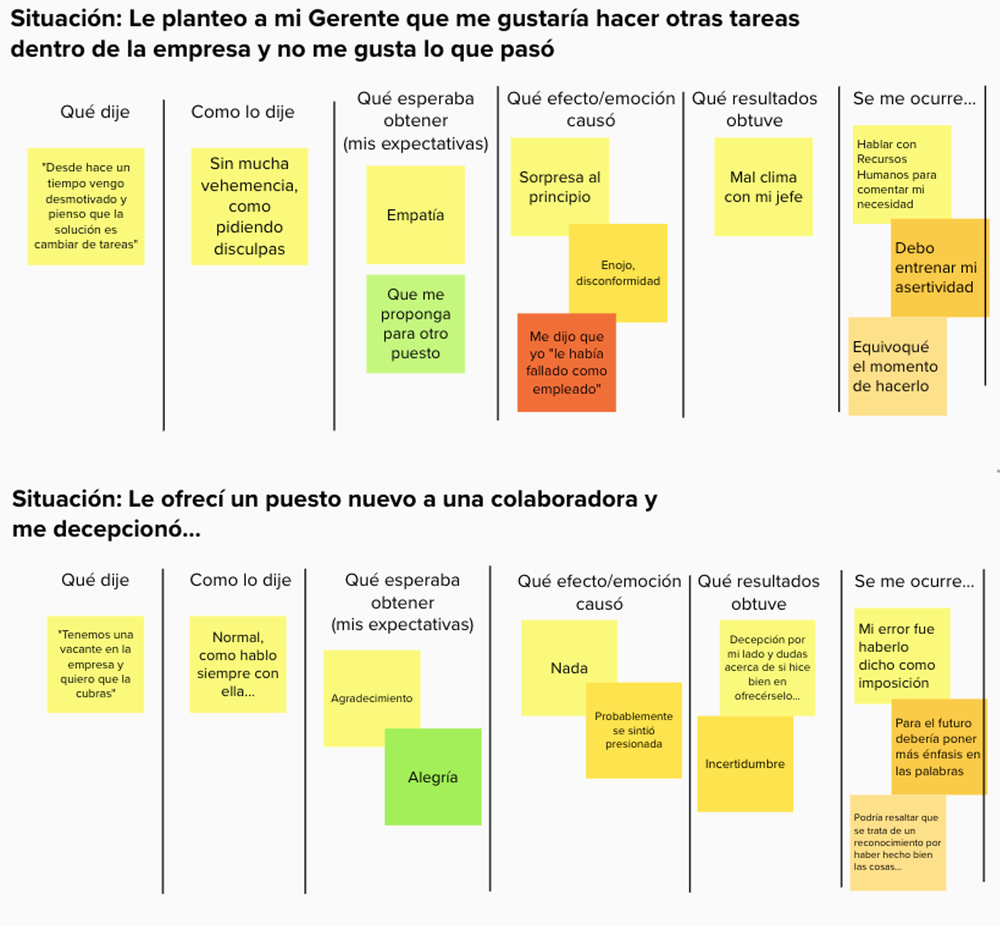 The link to download the template is as follows .